About The EPCo Group 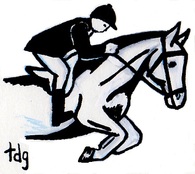 Equine Production Company was founded as a combined result of Terry Gibbon's entrepreneurial spirit and love of horses.  In 1982, having stopped riding due to her second pregnancy and a broken ankle, Terry was ready to get back on a horse.  As she discussed her decision with her husband, Steve, she told him, "I don't really feel like I need lessons as much as I need time in the saddle, maybe with someone to watch me every once in a while," and suggested that she and Steve could purchase one of those new-fangled  personal video cameras so that Steve could tape her.  From this idea, Terry thought, "You know, I bet lots of people would like to see themselves on video and find it very useful!"

That July, she began her business video taping lessons at local barns.  She moved up to local shows with the idea that doing so might help her become better known in the area, and quickly found that riders were far more eager to see and purchase their videos from shows rather than from their lessons.  Things really "took off" for EPCo. in 1985 when Terry got a call to provide the video services for the National Horse Show at Madison Square Garden, as well as the Washington International Horse Show in Washington, DC.  Terry tackled her new challenges head-on, and hasn't looked back since!  Now in business for over 35 years, Terry has continued to be a pioneer in the equine video world, constantly striving to provide better and better products with unmatched, friendly customer service.  -----  A 2020 update!  Terry is now semi-retired, but *mans the table* at the CHJA Medal Finals each August, and always loves seeing all the old friends there!  She also keeps busy in the office, working on special projects for clients. 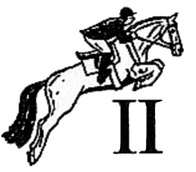 ​Equine Production Company II began in November of 2004.  Ashley Cameron, daughter of EPCo pioneer Terry Gibbon, had graduated from college the preceding May, and decided to continue with and expand on the business in which she had grown up. EPCo2's debut was at the 2004 IHSA Tournament of Champions, hosted in Northern New Jersey by her alma mater, Centenary College. 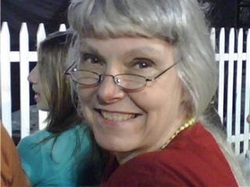 In 1982, Terry combined her hobbies - the love of horses, home movies, and theatre - with the founding of EPCo.  A family business from the start, with both Lacey and Ashley helping out from very young ages, Terry says that to have the best camera operators, one has to "grow your own"!

Terry also enjoyed a stint as an adjunct professor at Centenary College from 2001 to 2005, teaching a class in Equine Videography.  Additionally, Terry was honored by the New England Horseman's Council as the recipient of the 2012 Sue Brainard Award for her dedication to the continued success of the New England Equitation Championships.  It is not often that a show honors its videographer, and we couldn't be more proud of Terry for her outstanding career, or more appreciative to the NEHC for their recognition!

Left: Terry with the 2012 Sue Brainard Award, presented to her by the New England Horseman's Council. 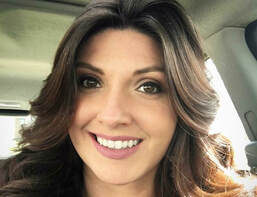 Born in 1982, Ashley grew up with both riding and equine videography "in the blood."  She rode in the Devon Horse Show leadline class before she was two years old, and showed her horse, Ticket To Ride ("Harry"), in her NJ 4-H club, Tri-Boro 4-H Riders, with great success throughout high school.

Helping her mother, Terry, with camera work since the age of 11, Ashley learned early on how the horse and rider should look through the video camera and is the best camera operator The EPCo Group has ever had.  She is good in front of the camera, too, as a former Miss NJ USA competitor and a student of broadcasting in both college and high school.  A 2004 honors graduate of Centenary College, Ashley majored in Equine Business Management and founded EPCo2 in the Fall of 2004.

When not at horse shows or editing, Ashley is now working full-time as a senior contracts negotiator for Lockheed Martin.  She enjoys plenty of time in the gym - power lifting and Muay Thai boxing being her favorite forms of exercise!  Though it's been a few years since she's done it, she also loves ballroom dance (which is how she met her late husband, Ian) and is working towards earning her black Tough Mudder headband (for completing 10 Mudders!).  Her horse, Ticket To Ride (Harry), was living the Good Life on a retirement farm in Virginia's Shenandoah Valley until his loss at the end of 2017, but Ashley tries to stay in the tack by catch-riding at local stables when possible.  -----  2020 Update!  Ashley has met a wonderful man, Owen, and the two are set to be married, in Maine, in May 2020. 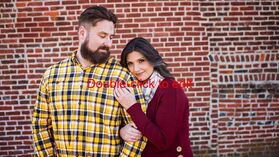 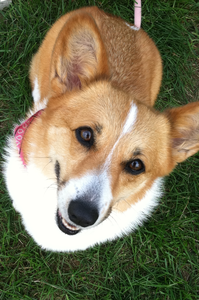 Lizzie Cameron, a Welsh corgi, was born Margaret Isobel Peck Chango on  May 3, 2005.  In July of 2011, she was adopted by
EPCo2 founder, Ashley Cameron, and began a new life as a horse show dog!  Though Lizzie had never been exposed to horses, she took to the scene quickly - Ashley is convinced that her favorite part about going to horse shows is being allowed to sleep on the bed at night, a luxury she doesn't get at home...!

Lizzie works in a supervisory position with The EPCo Group - both on the road and in the office.  She's always keeping an eye on the goings-on, and is ready to help during stressful times by offering kisses and the opportunity for therapeutic belly-rubs.  She is adept at customer service, making sure every client at a horse show is greeted with wiggles and kisses.  When you see Lizzie on the road, make sure to come say hello - She loves making new friends wherever she goes!  Keep up with Lizzie's adventures on Instagram!  Search for her at #dapoohbear.  -----  2020 update!  At almost 15 years old, Lizzie is still loving life (although she is pretty deaf now) but not traveling much.  Since Ashley is now working at Lockheed Martin and not traveling much, Liz either stays with Terry and her husband, or with Owen when Ashley is away. . . .
The EPCo Group is lucky enough to have a wonderful pool of freelance videographers!
Crystal, Tanya, Tim, and Lauren are a few of the folks you may see at our shows - When you have the chance, please let them know how much their hard work and skills are appreciated.  Without good camera people, we would not be able to meet our high quality standards - It all starts with them!